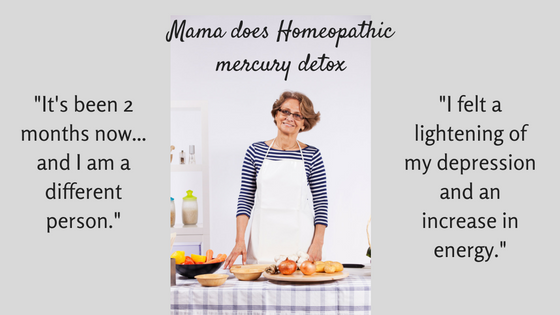 This is Charlotte’s own story about her struggles with leading a mercury toxic life, dealing with anxiety and depression, and how she finally found a simple solution after looking for so long.

“I have suffered from anxiety and panic attacks most of my life. I gained weight extremely easily and had to follow a strict diet without grains, dairy or sugar or I felt terrible. I always felt exhausted and bloated and awful in my own body in addition to fighting anxiety and self loathing every day.
I’m pretty sure it all started after extensive dental work I had when I was about 10. I had many mercury fillings and remember swallowing pieces of mercury. After that, I had low level anxiety and depression that I controlled by exercising a lot.
The only answer conventional medicine had was anti-depressants, which I did not want to take.

I had heavy metal testing. Mercury was off the charts, literally. I had my fillings removed and did mercury chelation, but that didn’t really provide much relief. Charlotte

Then, as a young adult, I went through a divorce. The trauma of that catapulted me into severe anxiety and panic attacks and I did go on anti-depressants.
It also began my quest to find out the root of my issues.
I had heavy metal testing. Mercury was off the charts, literally. I had my fillings removed and did mercury chelation, but that didn’t really provide much relief.
I weaned myself off anti-depressants after reading about what they could do to your body. Anxiety, panic and depression were a daily struggle. I took many different supplements prescribed by many different holistic doctors. I did stool testing, which revealed candida and tried to do a candida cleanse with supplements. Nothing really had a major impact but if I watched my diet strictly and exercised I felt ok.

Then, a year ago, after weeks of headaches and left side numbness, a scan revealed I had two tumors on my brain stem that were funneling spinal fluid into a large cyst on the right side of my brain. It was a terrifying time but I found an excellent surgeon who was able to remove all of the tumors and cyst without many side effects (slight loss of motor coordination in my legs and numbness on the bottom of my feet) I even felt hopeful at first that perhaps these tumors were the cause of my severe anxiety and once they were gone, I would be all better. To a certain extent that was true. My anxiety level did drop after I had healed from the surgery. However, during the surgery I was on many powerful medications that really destroyed my body. I was put on a steroid that made me gain a lot of weight and really affected my metabolism. Even after I was weened off it, I found it even harder to lose weight and I just felt awful. Extreme exhaustion, depression, anxiety remained.

One day, I got poison ivy on my arm. In the past, I had gone to two homeopaths to try to solve my health issues. I had some homeopathic “Rhus Tox” in the house. I tried it and the poison ivy stopped itching and then went away. I said “there’s something to this homeopathy.”
I began to research it again, thinking I could use it to detox some of the surgical drugs from my body and perhaps that would alleviate my symptoms. I found Rita’s videos and felt her unique approach to homeopathy could help me.

After taking these remedies, I felt a lightening of my depression and an increase in energy.Charlotte

We began to use homeopathy to detox the steroid and used a cancer remedy as well. Then we started detoxing the mercury. After taking these remedies, I felt a lightening of my depression and an increase in energy. A few weeks after starting the homeopathy, I also started Gerson Therapy, which is primarily a protocol to cure cancer through consuming many fresh juices a day (6-8) ,three coffee enemas, and specific supplements (digestive enzymes primarily). I primarily started this therapy in order to prevent any tumors from recurring in my brain and to help detox the drugs I had taken.

It’s been two months now since starting the homeopathy and Gerson and I am a different person. I have no anxiety, no depression and my energy levels are up about 70% I have lost all the steroid weight too! It has improved all the interpersonal relationships in my life. My body feels as though it is beginning to function properly and many days I feel a sense of well-being that I have not felt in a long time! Rita is such a caring person and I felt comfortable telling her my darkest thoughts. Her approach to homeopathy is to use specific remedies to detox the body, which was much more effective than the other homeopaths I went to that try to find remedies that fit all your symptoms (a constitutional remedy). Thank you Rita! ”

Charlotte mentioned that she tried chelation and removing the mercury fillings and it didn’t brief the relief she was looking for.

This is probably because the mercury had got into the nerves. Nerves cannot secrete toxins like organs can. Homeopathy helps to detox and remove the mercury “imprint” in a different way. By having her case taken, I was able to look at her whole picture and also prescribe remedies for her exact mental and emotional state alongside the mercury detox to give her a complete holistic healing program.

If you are reading this and you have the same issues, or you have a case whereby other metals are causing you issues eg aluminium (common in vaccines), copper ( common after using the coil), several metals ( after doing hair analysis tests) then contact me via email or book a chat to see how low it may take to detox metals in your own case.

Homeopathy is simple, effect and easy to take. All remedies are included with each consultation.